A very warm welcome to our new GSoC interns, Nishita and Fayaz!

By tungstenfabricMay 14, 2019Community, Uncategorized
No Comments

Despite being a relatively young project[*], Tungsten Fabric (TF) received a lot of interest from GSoC applicants. After all the dust had settled from the initial flurry of questions we ended up with eight excellent candidates…but only two internships. While all of the applicants were great, our two new community members really impressed us with their knowledge and enthusiasm.

Nishita Sikka will be working on the Extend Contrail Ansible Deployer to Support Software Upgrades project along with her mentor Darien Hirotsu from Redapt. She’s a graduate student at Northeastern University, studying computer system networking and telecommunications.

“As a part of my previous and current projects, I am exploring cloud technologies, automation tools, and networking. Making my way with Python and learning to integrate networking with automation I have learned a whole lot and would say this opportunity with GSOC would make this journey even better. Besides being super passionate about working on independent projects and practicing code, I enjoy sports and Crossfit.” 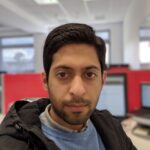 Fayaz Akhtar will be working on the Quickstart Scripts for Tungsten fabric in Kubernetes project along with his mentor Syed Ahmed from CloudOps. He’s a PhD candidate at Waterford Institute of Technology, studying the use of machine learning in software defined networks.

“I have mostly been exploring the theoretical side of SDN, trying to resolve existing challenges through an analytical approach. I am also an avid Python programmer and have used it for scrapping and automation projects. Besides reading up on the latest research taking place, I also enjoy cooking and playing FPS games”

We’re thrilled to have them join us and are looking forward to all of their contributions to the project and the community!

[*] Tungsten Fabric is only one and a half years old, but it owes a huge debt to its former incarnation of Open Contrail, which had five great years before handing over the reins to TF.
Share Tweet Share Pin