By tungstenfabricJuly 23, 2019Community
No Comments

Along with other significant open source projects, Tungsten Fabric participated in the 2019 Network & Compute Developer’s Conference (NCDC), in Beijing,  to rally community developers in the Greater China region.

Tungsten Fabric’s booth featured a wall-sized image of TF architecture as well our key “RULE THEM ALL WITH ONE” message. Next to it stood a  giant, stand-up Tungsten Fabric banner that traveled 6,000 miles with community member Sukhdev Kapur!

Following the morning session on the first day of the event, developers flocked to the booth, many asking what “multicloud multistack SDN” means. After a brief explanation, we invited attendees to join the TF workshop after lunch. And they showed up and filled the room starting 1:30pm. 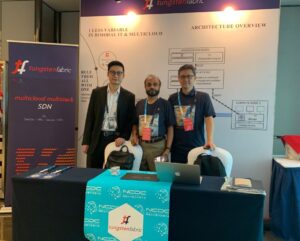 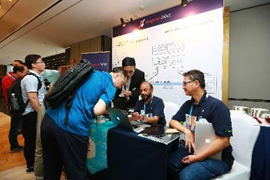 Highlights from The TF Workshop 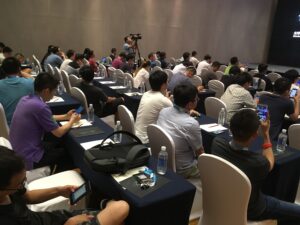 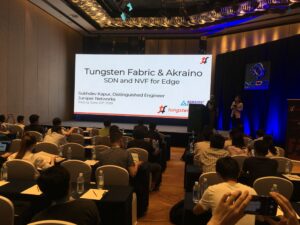 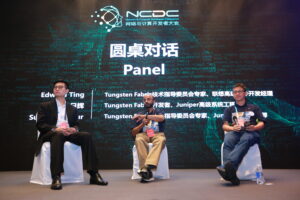 We consider this a very successful event for the Tungsten Fabric comunity –  thanks to all who participated – from the TF community, to the event organizers and staff. Kudos for a well-executed event!